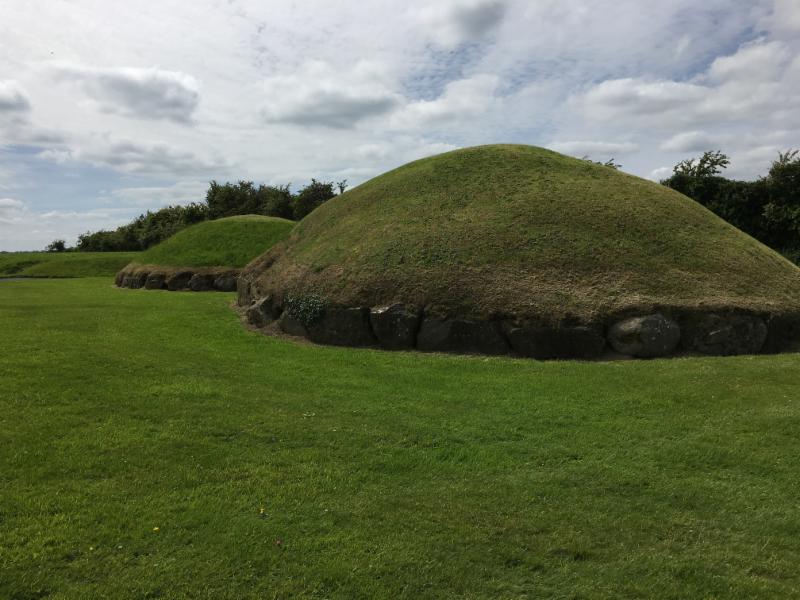 On a recent trip to Ireland, I was fortunate enough to visit a world heritage site located in County Meath, known as Brú na Bóinne. Brú na Bóinne, which means Palace of Boyne, is an area along the Boyne river which contains an astonishing quantity of well preserved Neolithic burial sites, Newgrange being the most well known. It’s believed that Newgrange was built around 3,200 B.C. The structure is a very early form of stone masonry construction. It consists of layers of stones covered by layers of soil and pebbles. The structure’s roof is composed of sod. One of Newgrange’s most defining features is the interior corridor, which is fully illuminated during the winter solstice. This effect was achieved by building the tomb’s opening to line up with the sun’s location on the winter solstice, and demonstrates the intense attention to detail in the design and construction of the monument.

Adjacent to Newgrange, are two other prominent historic burial sites called Knowth and Dowth. Knowth is due north of Newgrange, and Dowth is due south. Knowth was excavated in the 1960s, and consists of a large tomb surrounded by 18 smaller ones. The central tomb at Knowth is significantly larger than the one at Newgrange. Dowth has yet to be excavated. 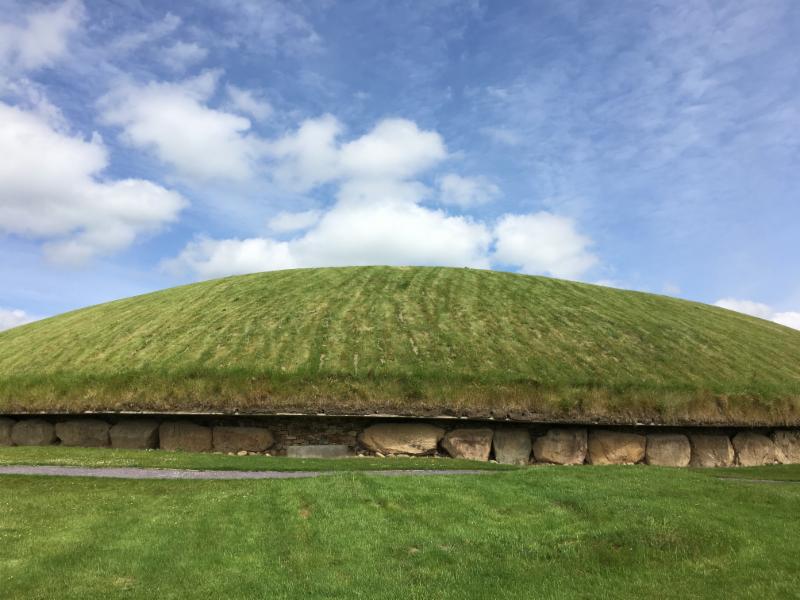 Brú na Bóinne was constructed over multiple generations without most of the modern conveniences and materials available today. In the Neolithic Era, stones were perfectly stacked to create a dome that would not inwardly collapse. No mortar or reinforcement was used to hold the stones in place. In modern construction, stones are rarely even used as components of a structural system; less expensive and stronger materials such as concrete and steel are used. Today, stones are still installed as decorative veneer, but they would be set in beds of mortar with stainless steel pins reinforcing them. During the construction of Newgrange, hand chisels were used to carve decorative elements into the stones. Now, mechanical tools are employed to add decorative details to the stones, and this carving is mostly performed off-site. In Neolithic times, stones were sourced locally, or transported by boats on the Shannon River. When the stones finally arrived, they were installed manually. Today, stones are delivered to job sites on trucks, and can be transported anywhere in the world via modern means of transportation. Once on-site, mechanical hoists are typically used to lift and install the stones.

Although technology and modernization have vastly improved construction methods,  some of the building materials used in ancient times have proven to stand the test of time, and are still used today. And while construction times in modern times have significantly decreased, so has the devotion, artistry and attention to detail of the Neolithic builders.