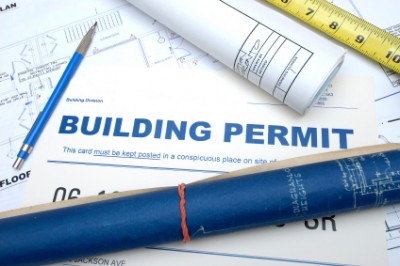 Many Owners and Boards underestimate what it takes to obtain a work permit and/or the timeline for that process. In a past article we discussed the timeline of a typical project; here, we will detail what’s involved in obtaining a work permit.

DOB Work permits for façade restoration and roof replacements are typically Alt 2 permits. These permits are issued for various types of work that will not affect the use, egress or occupancy of the building. In other words, while the may be several different trades being performed at the building, none of the exits will be affected, and none of the residents or tenants will be displaced for the duration of the project.

In order to obtain an Alt 2 permit for a façade restoration project, the following must be provided: stamped and signed plans and applicable forms, ACP 5 or ACP 21 form, sidewalk shed drawings and permits, CD-5 permit, and a Site Safety Plan if applicable.

Firstly, the appropriate forms and the signed and sealed plans are submitted to the DOB, via anExpeditor. The plans must list all of the appropriate inspections that will take place over the course of the project, such as special inspections and energy code compliance inspections. The information on the forms must match the plans, or the plan examiner might reject the application for the permit. 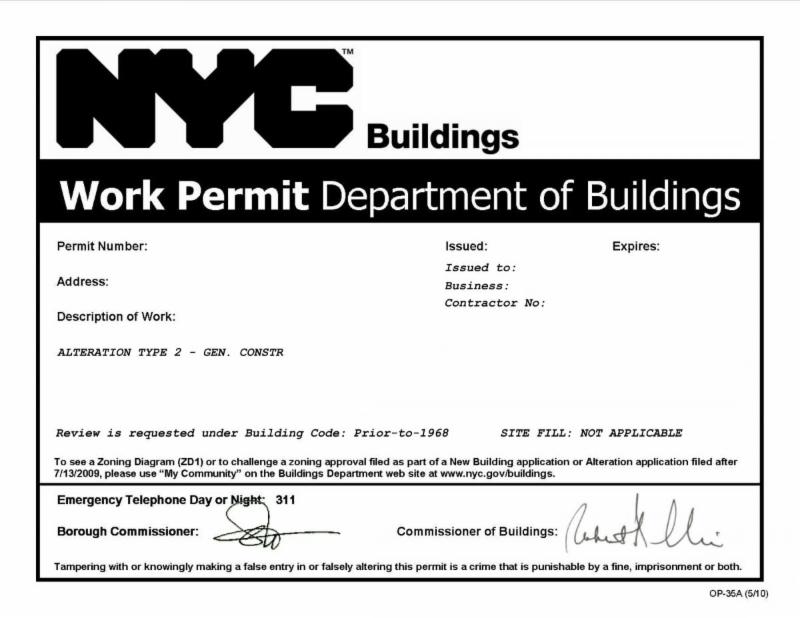 An ACP 5 or ACP 21 are Asbestos Control Program forms provided by the Environmental Consultant on the project. The ACP-5 confirms that no ACM (asbestos containing material) will be affected by the project, while the ACP-21 confirms that any ACM has been removed in accordance with all federal, state and local regulations. These forms. Traditionally, it would take up to 2 weeks after the completed abatement to obtain, however, a recently released online portal system allows the form to be obtained in as little as 48 hours.

The Contractor is responsible for providing the CD-5 on the project, if required. Cranes & Derricks 5 forms are necessary if suspended scaffolding utilizing outrigger beams will be installed. The Contractor must file the plans for the tie backs with the Department of Buildings. DOB approval of these plans is also a prerequisite for obtaining the work permit.

The final step is in the permitting process is providing a site safety plan. Site Safety is required for projects at “major buildings,” which are defined as those that are 15 stories or higher. As with the sidewalk bridging, the Owner can save a significant amount of money by contracting directly with a Site Safety company that will provide the Site Safety Plan. Again however, poor coordination can negatively affect the project schedule. Once the site safety plan is obtained and submitted to the DOB, along with all of the other required items mentioned above, the Expeditor can pull the work permit and the project can begin!